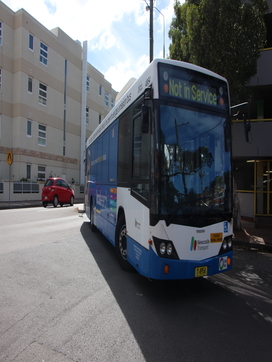 Mr Crakanthorp said that he has worked with this Government over the past six months outlining the key issues in my electorate and the bus services that need to be urgently fixed. He noted today that not one of these services had been reinstated.

Mr Crakanthorp had noted the uploaded ferry changes to the Transport for NSW website on Friday last week and had a number of service cuts but Keolis Downer said it was an ‘error’ in the system. The changes outlined today however are even worse than the ‘error’ timetable.

Embarrassingly the erroneous timetables are still available on the Transport for NSW website.

"The private operator has made changes to the network that not only leave Newcastle bus commuters in the same position but ferry commuters worse off."

"When they started their services in January they promised a service every 15 minutes however within six months, they are now clearly walking away from this."

"This is just another broken promise by the Government and their failed operator."

"When ferry patronage is the only form of transport increasing, why would you cut services?

"This is another example of decisions we’ve come to expect from the Government and the private operator, where logic just isn’t involved."

"Just another example of the Government and their private partner putting profits before people."