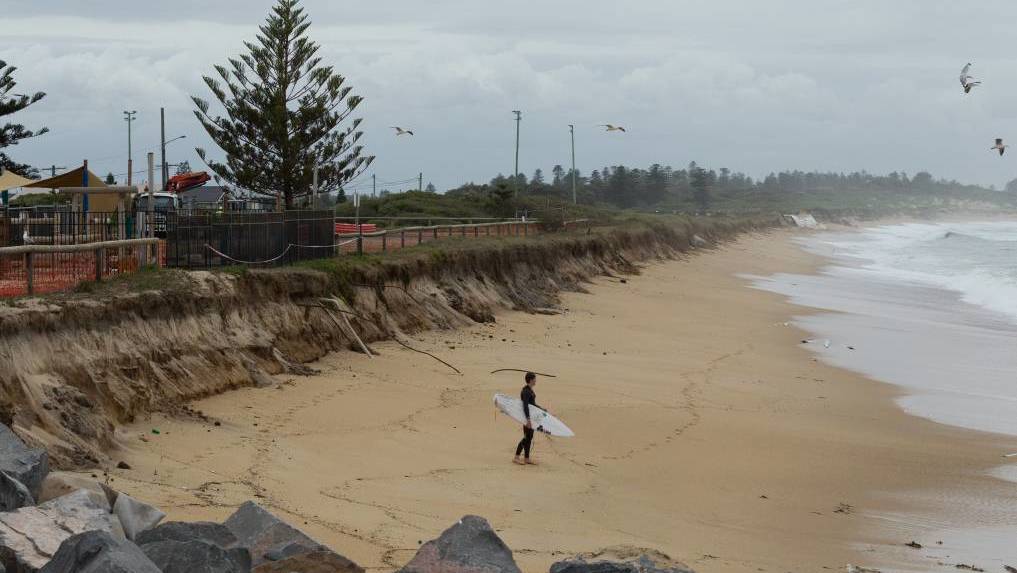 The NSW Labor Opposition today called on the Berejiklian Government to take action on the environmental disaster that is currently unfolding on Stockton Beach.
State Member for Newcastle, Tim Crakanthorp invited Shadow Minister for Environment, Penny Sharpe to visit the site of massive coastal erosion that is currently concerning Stockton residents.
Mr Crakanthorp has asked the NSW Environment Minister to visit Stockton and sit down with all stakeholders but has so far received no response. As usual the NSW Shadow Minister for Environment is on the ground listening and meeting with the Newcastle community whilst the Minister is “missing in action.”
He has been raising the community’s concerns with the NSW Government since 2016. However, the Government have failed to take any meaningful action to address the erosion and provide protection to the community and it’s assets.

Recently, the coastline took a turn for the worse when after days of wild surf, a rubbish tip has been exposed, containing asbestos and also the local child care centre was closed as it’s playground was teetering over the now-exposed beach line.

Mr Crakanthorp has now launched a petition to save Stockton beach and is encouraging all residents to sign. If there are enough signatures, the Government will be forced to take notice when they have to debate their reasons for neglecting the issue.

There is an environmental emergency unfolding on Stockton beach. Friable asbestos was blowing in the wind while the Minister is nowhere to be seen. If this was happening in the Minister’s electorate of Vaucluse it would have been fixed in a heartbeat.

With the Government prioritising spending $2.5 billion on knocking down and rebuilding stadiums in Sydney, over protecting coastal communities like Stockton, it is clear just how out of touch the Liberal Government has become.

I have asked the Minister to consider categorising Stockton as an erosion “hotspot” to qualify for additional funding support.