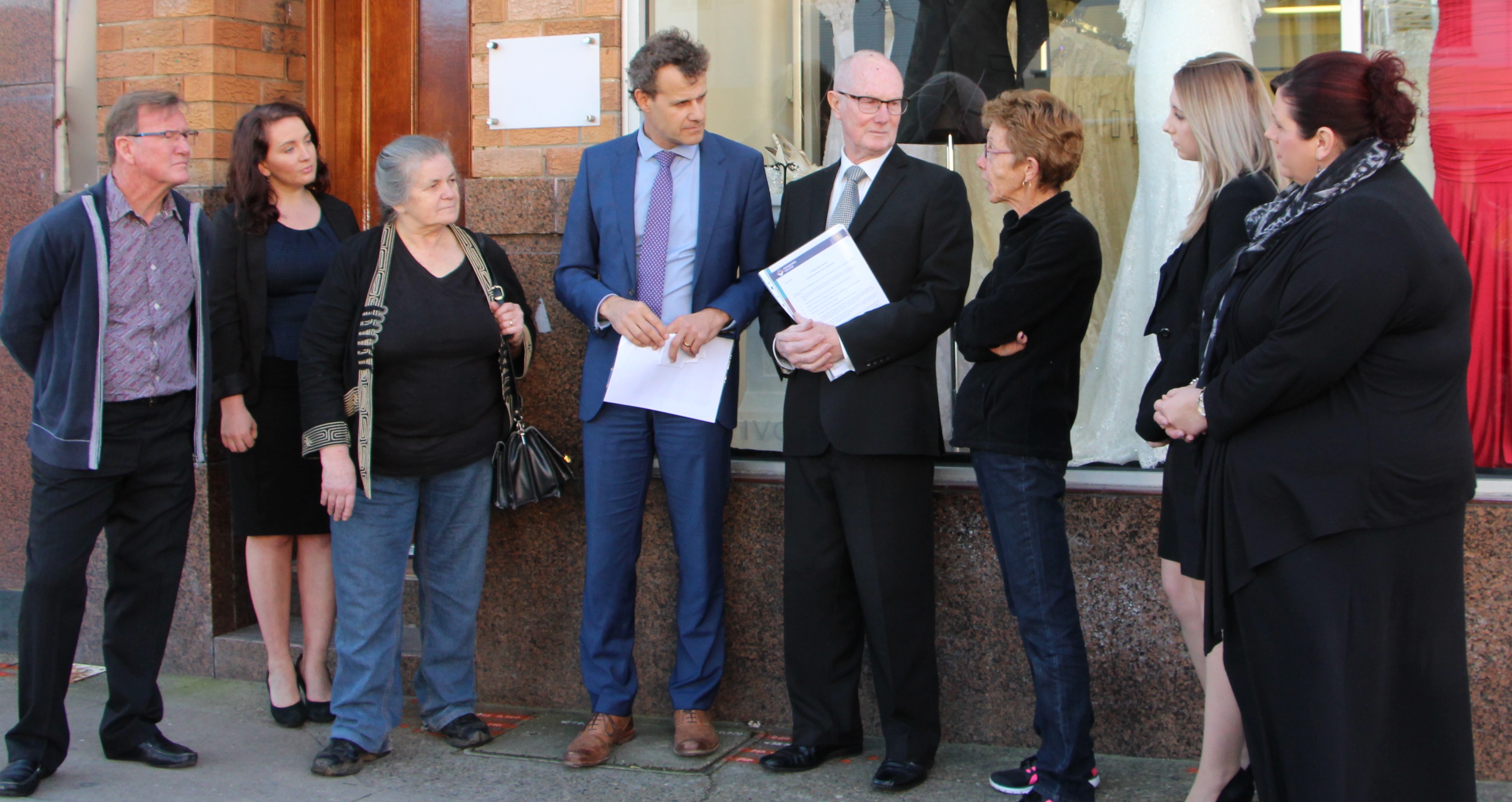 CRAKANTHORP CALLS ON CONSTANCE TO VISIT BUSINESSES ON HUNTER STREET

Member for Newcastle, Tim Crakanthorp is calling on the Minister for Transport, Andrew Constance to visit Hunter Street businesses that are hurting from the construction of the light rail project when he visits Newcastle today.

The Minister has refused to meet with or offer any assistance to the traders caught up in his light rail project.

In August, it was revealed at a parliamentary inquiry into the Sydney light rail project that 88 business owners had benefited from $9 million in rent relief and other payments since August last year.

In Newcastle, the Government has repeatedly refused to offer financial assistance to businesses struggling with light-rail construction in Hunter and Scott streets, arguing the project is on schedule and that traders will benefit greatly once trams start running early next year.

With over 40 traders now joining a class action against the Government, the Minister still refuses to listen to the trader’s concerns and at the Budget Estimates hearing, was not aware that such a lawsuit was underway.

“The Minister will be in Newcastle tomorrow. After all this time, the Government is yet to send a member of its executive to meet with Hunter Street traders. It’s time to meet with the people your project has affected."