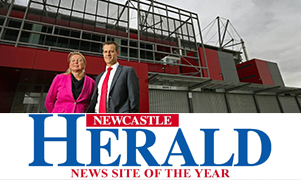 THE state MP for Newcastle, Tim Crakanthorp, says the Broadmeadow masterplan should not be “a land grab for developers”, but won’t say whether he thinks the area could be used to build residential or affordable housing.

On Saturday the Newcastle Herald reported that the state government has attracted developer interest for a high-rise hotel on land beside Hunter Stadium, and that a new entertainment centre and medium- to high-density housing were part of plans for an overhaul of the 63-hectare site that includes the harness racing track and showground.